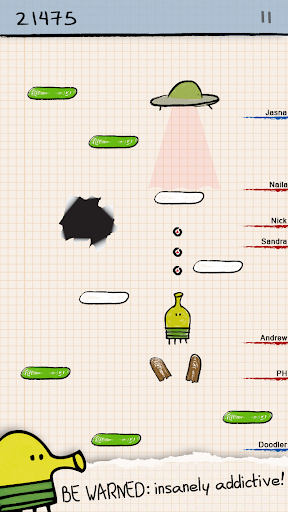 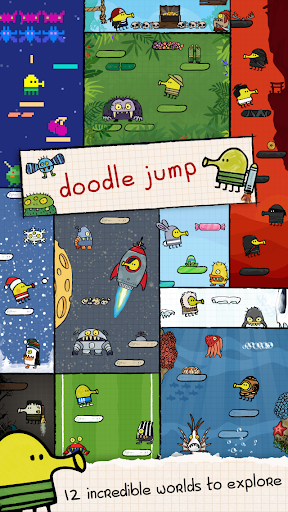 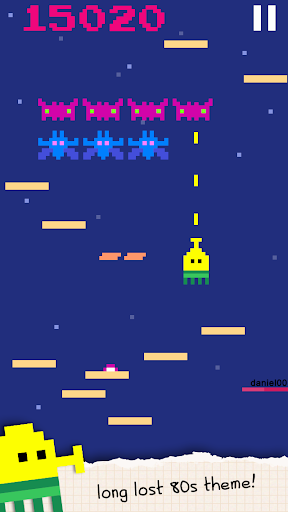 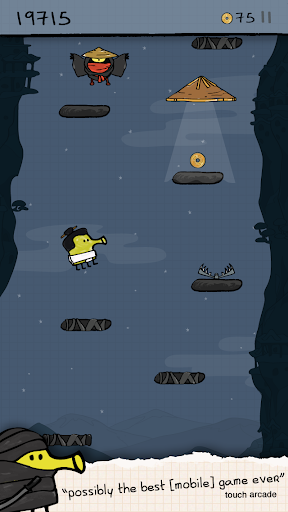 Named Best of 2015 by Google Play editors! Thank you for all of your support.

One of the hottest mobile games of all time! Easy to pick up and play. Wildly addictive.

See for yourself why Touch Arcade called Doodle Jump “possibly the best [mobile] game ever created” and Macworld called it “a perfect micro-game, insanely addictive, and deliciously replayable.”

How high can you get?
Journey up a sheet of graph paper, perpetually jumping from one platform to the next, picking up jet packs, avoiding black holes, and blasting baddies with nose balls along the way. Laugh with delight as you blow past other players' actual score markers scribbled in the margins. And be warned: this game is insanely addictive!

How to play:
Tilt to move left or right, tap the screen to shoot.

As seen on TV, movies, late-night and on tour with the most famous pop star in the world, find out why Doodle Jump is a true cultural phenomenon.

* BE WARNED: This game is INSANELY addictive!
* Don't doodle jump and drive!