Home » Blog » 7 Must Have Samsung Gear VR Apps and Experiences 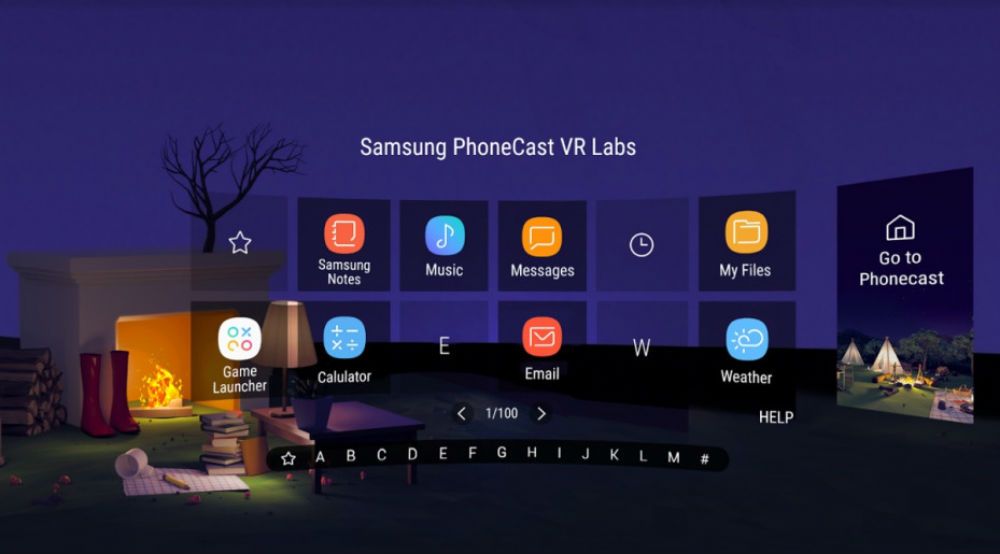 Virtual Reality (VR) seems to be one of those technologies, which have been thrown straight by the future into our laps. It is hard for most of us to believe the kind of bounds science and technology have taken in the past decade alone.

It is further hard to believe that more than 5 years ago Samsung and Oculus collaborated to produce their first-ever virtual reality headset, which was powered by a smartphone. And since then, many products and apps have been released which allow the users to experience virtual reality at a whole new level.

This technology holds the potential to blow your mind. The virtual reality headset was quite chunky and white in color when it first launched.

Now the Samsung virtual reality headset has gone through numerous changes and the end result is something which Samsung must be quite proud of. These days you can get the virtual reality headset, which is dark, sleek and comes packed with features including a touch panel, accurate motion controller, and ergonomic head straps.

This makes it the best virtual reality headset in the market. Therefore, it makes sense that you would decide to take your first steps towards this amazing technology via the VR headset. In addition, if you are ready to step into the virtual reality world then there also some apps and experiences which you would want to use through your Samsung Gear VR apps and headset.

Today, we take a look at just those cool apps and experiences which complement your Samsung virtual reality headset exceptionally.

The list of Samsung Gear VR Apps is mentioned below.

Think about the first thing, which you would if you had just gotten your Samsung virtual reality headset? The obvious answer is that you would want to begin by watching some amazing 360-degree videos. 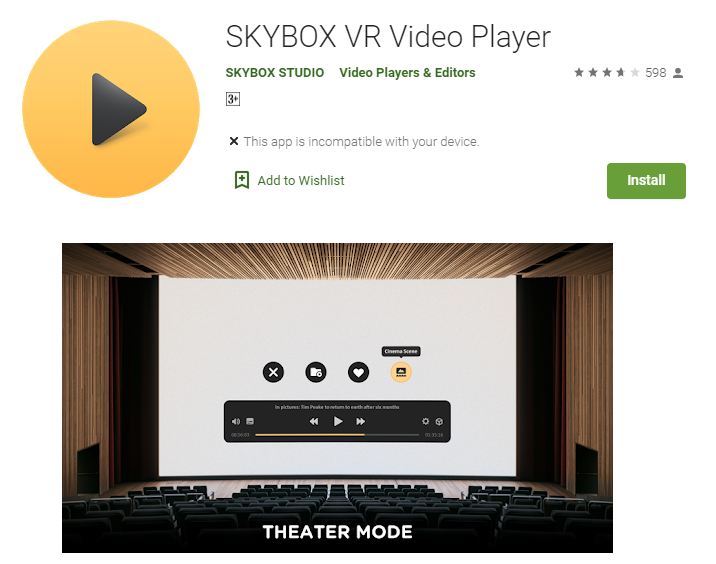 Moreover, Skybox is one of those applications, which seem to care a lot about providing its users with high-quality 360-degree videos, which do not just come with beautiful aesthetics but also has an intuitive UI. Skybox is the first virtual reality video loader that was launched in the market which makes the experience of choosing your videos as pleasing as watching the 360 videos.

This application definitely took a big leap from the early 360 degree videos which were grainy, nauseating, and sorely lacked in terms of collection and range. The best part about this application is that it is absolutely free! This makes this application a must-have in the library of all virtual reality headset users. 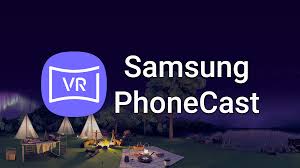 And Phonecast is one such app that proves just that. This application allows users to complete some basic internet functions on their smartphones while using their virtual reality headset. Through this application, you can access a dashboard, which allows you the full access to an entire suite of intelligently crafted web applications.

From web browsers to YouTube you can do whatever you want while following some restrictions. This is one of the biggest signs of how much potential virtual reality truly holds for us and the future.

Netflix was one of the first applications that provide users with an option to experience 360-degree functionalities. This application has a rather simple design that has the user sitting on a comfortable couch within a cozy log cabin with a window that shows the view of snow falling out. 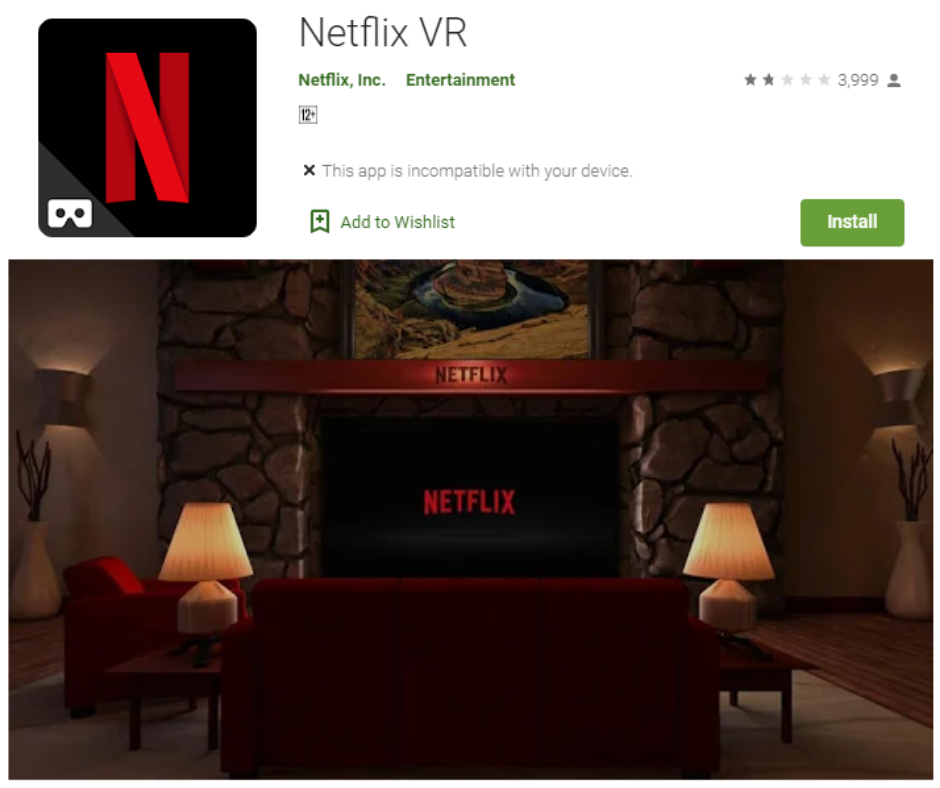 And you get to enjoy all of that while watching some of the best shows and movies on your favorite streaming services application. This seems to be literal description of Netflix and chill. Since its original launch, the application has not experienced any major changes in terms of its functionality and design but still provides users with a great experience that holds true to this day. With this virtual reality application, you get to enjoy a non-VR show or movie without even realizing it!

If you have an artistic nature and you wonder about the different ways in which you can make use of the Samsung virtual reality headset in a manner, which will satisfy your artistic, urges then VR Canvas is the application for you. This application is actually a rip-off of the Tilt Brush tool, by Google.

You can use this application to create different artistic pieces at a very affordable price. There are plenty of options within this application, which you can use including some amazing tool options, animations, and other ways. This application is not free and will cost you a small price of $3.99.

Gala 360 and VISO Places are two different travel applications, which you can use through your Samsung virtual reality headset. Both of these applications are quite small and can provide you with an incredible experience of traveling and soaring across the globe without even having to leave the comforts of your own home! 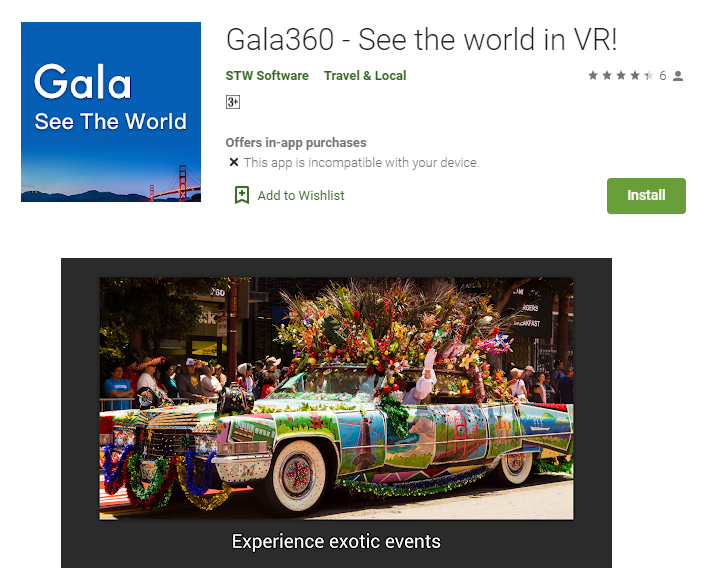 Both of these applications have the same functionality but have slightly different features. However, the end result is the same as you get to experience the wonders of the world without ever leaving your couch! These are definitely two of our favorite virtual reality applications.

Wouldn’t virtual reality content creation be fun? We think so and if you share that thought then you would love Wevr Transport. Wevr Transport contains all the best Wevr produced cinematically and can be accessed by all users for a small fee.

If you feel encouraged by this then you can also take an artistic leap and design your own virtual reality experiences. It might cost you a bit but we believe that experiences are worth more than money.

The only thing this list lack is a virtual reality gaming experience. And Minecraft is an application that is ready to step up and do just that. The Minecraft world may appear simple but there is a reason why it has been named the most prominent game of the decade. And you get to find out just that with the help of your virtual reality headset. 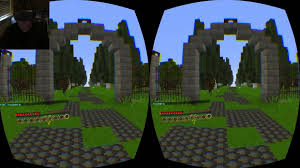 So, go ahead now and experience a full emersion into virtual reality with the help of these Samsung Gear VR Apps. Let us know about which one you liked the best by commenting it down below!