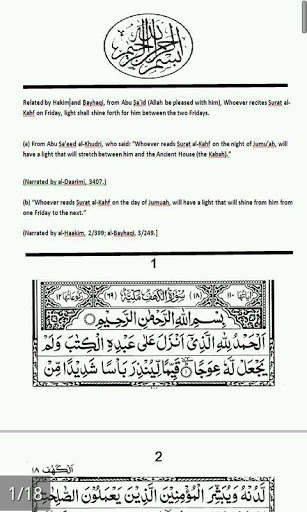 Related by Hakim and Bayhaqi, from Abu Sa`id (Allah be pleased with him), Whoever recites Surat al-Kahf on Friday, light shall shine forth for him between the two Fridays.