Home » Best Apps » How to Block Phone Number on Your Android Phone? 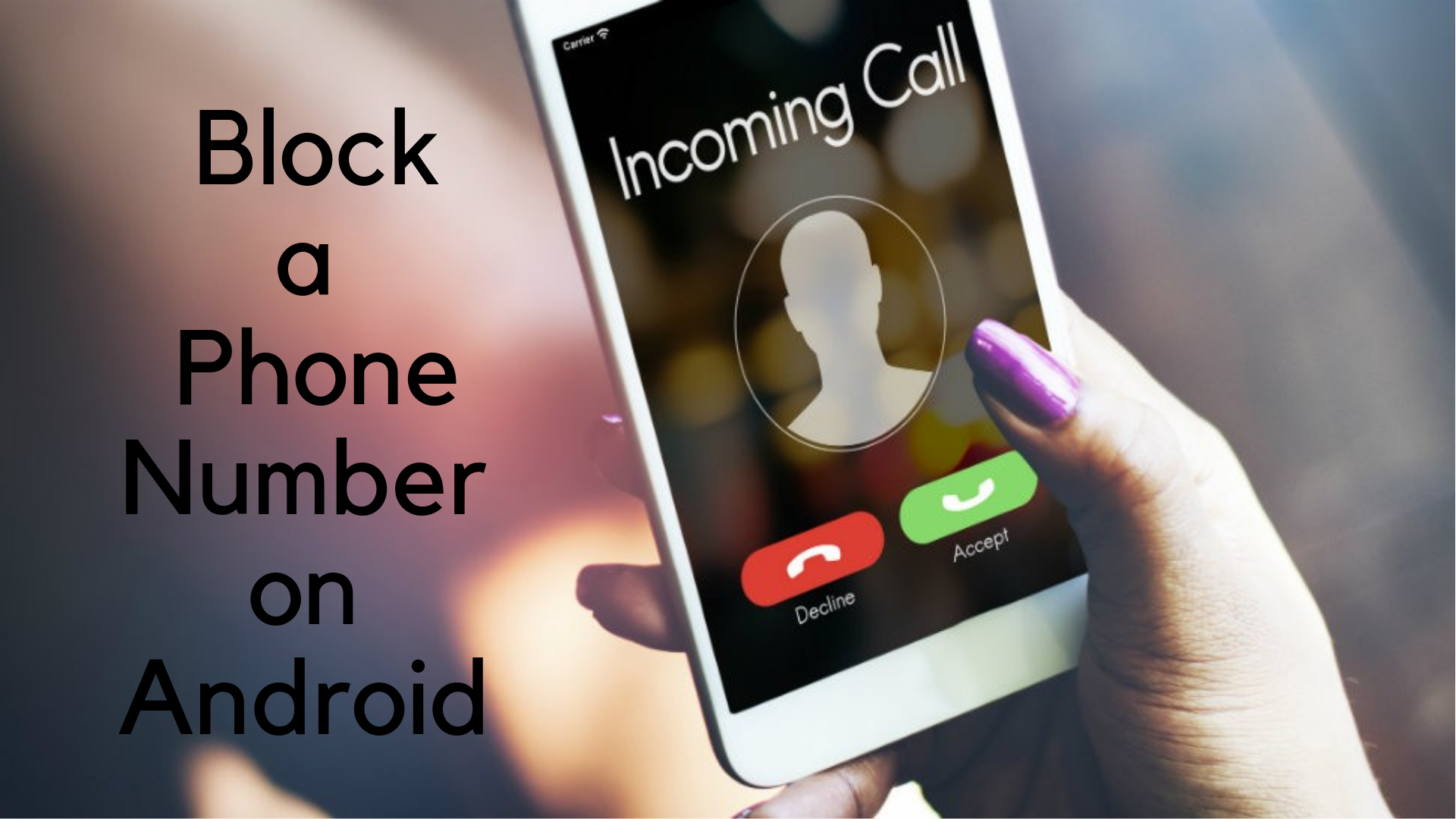 Tired of unwanted calls from telemarketers and strangers at the peak hours of your work or business? You’re at the right place. Android smart phones are a boon to many of us when it comes to productivity or getting in touch with friends and loved ones. However, not all callers are the people we want and love. Some are annoying telemarketers, spammers, strangers, and others who just want to bother us. If you do not want to face them next time, it’s time to block them. In this guide, we are going to learn how to block Phone number on your Android device. 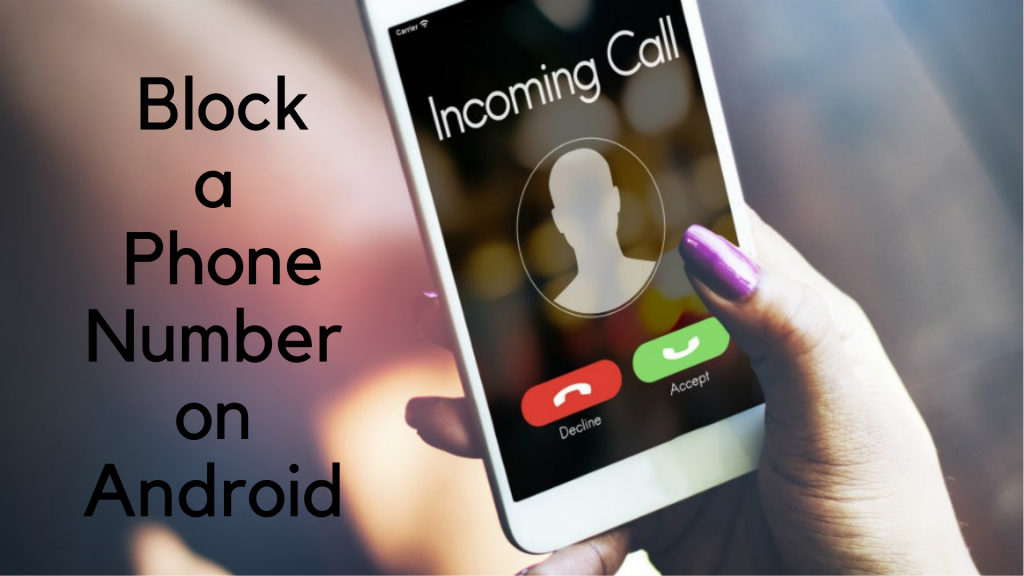 How to Block Phone Number with Default Features

Almost all latest Android smart phones have a default feature to block phone numbers. There is no specific way to perform this action. Hence, some manufacturers have their own OS skins and their own way to use this feature.

This is why the process of blocking a phone number varies from device to device. Of course, it is not possible to cover up every single brand and their detailed steps to block calls. However, we can somehow give you an insight on how to do it on some of the most popular devices.

If you want to block a specific phone number on a device running stock Android like Google Pixel or Nokia smart phones, there are two simple ways. The first one is to go to the section having recent calls on your default Google Phone app. Long press on any of the call and tap the option “Block number”. 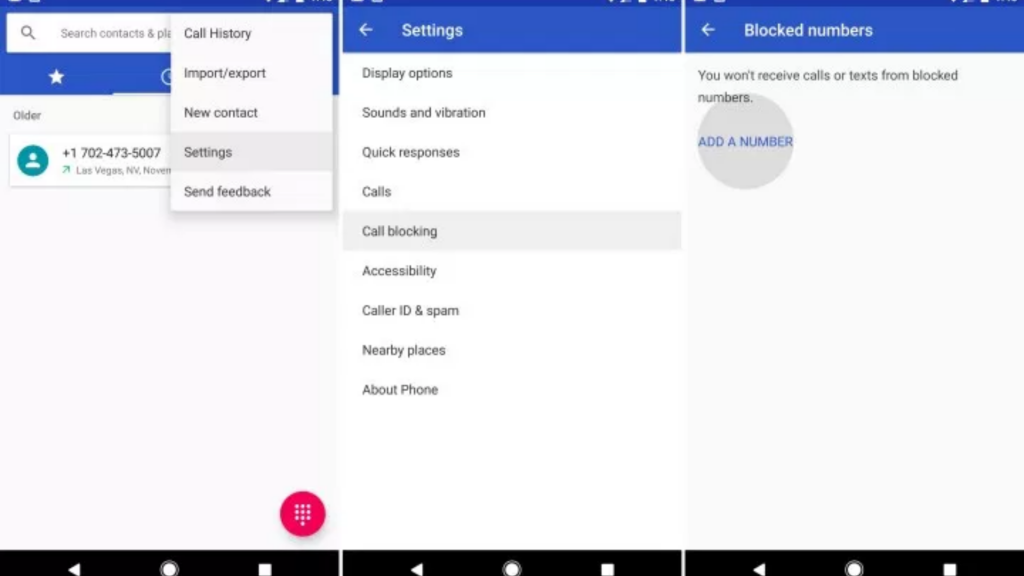 Or you can tap on the 3-dot menu of the Phone app on the right corner and select Settings. Simply tap on “Call blocking” option and add numbers you would like to block.

Do you really want to get rid of annoying callers if you switch handsets more often? This time, you have to do it in a systematic way, rather than just blocking from your phone. Some of the famous carriers in the US like AT&T, Verizon, Sprint, and T-Mobile allow you to block contacts by offering this service. Be sure to consider their Terms and Conditions. Also, see what they are offering.

Samsung enjoys the lion’s share in the Android market when it comes to Android users. Samsung is also the world’s biggest Smartphone maker. If you are one of the billions of Samsung users, you may definitely be wondering how to avoid those annoying callers. Here are the steps to follow – 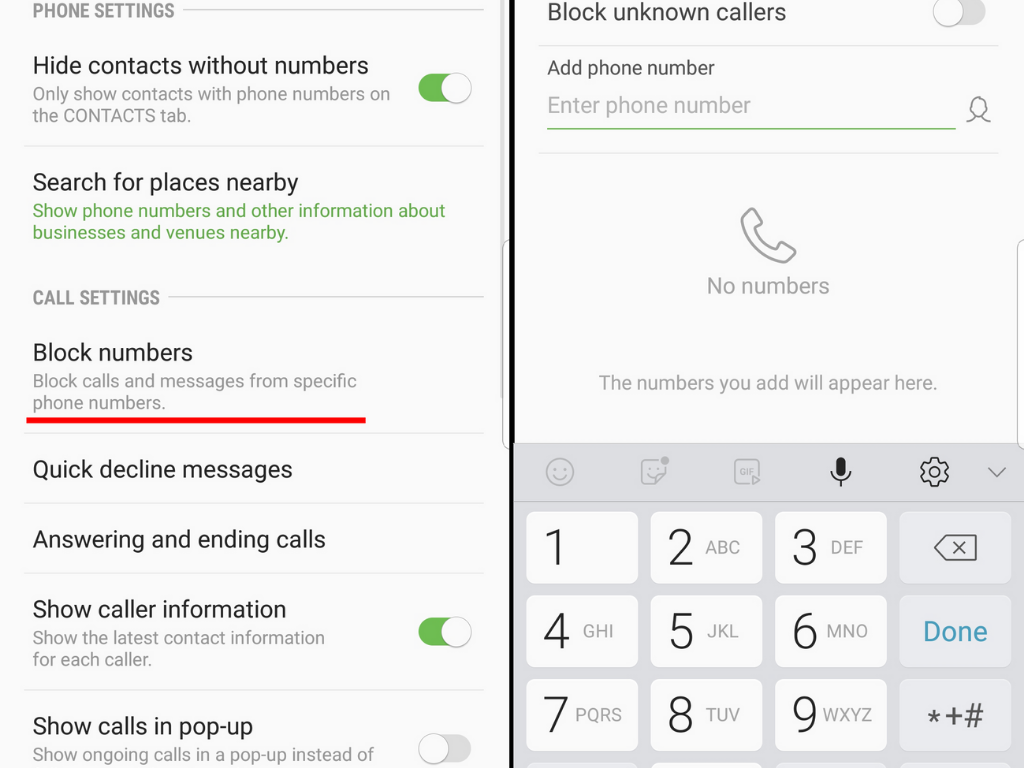 It is very simple to block unwanted calls on your HTC phone. Here are the steps to block calls in a few seconds – 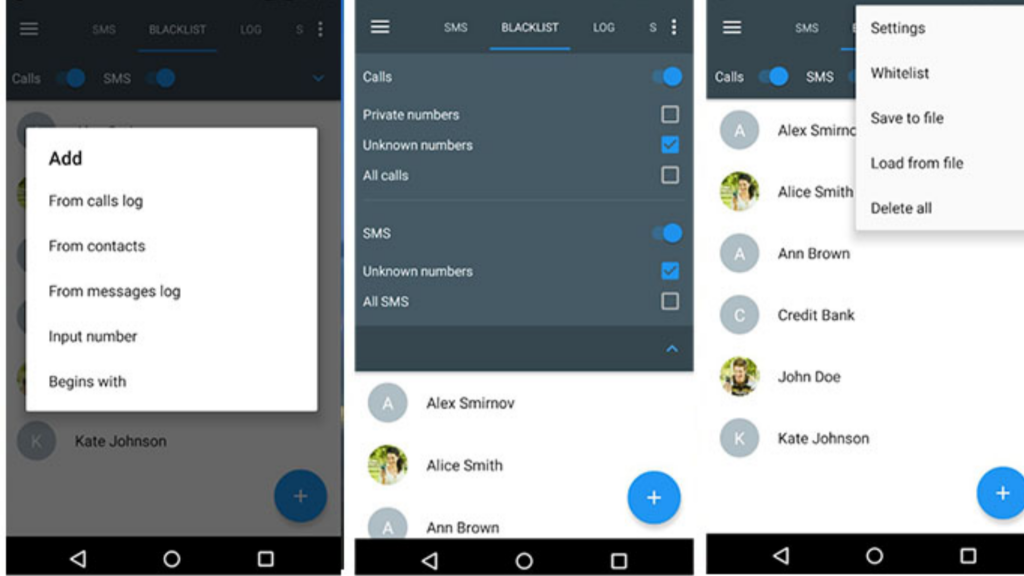 If you are using an LG Smartphone, the process is very similar to other brands listed here. The only exception is slight differences. 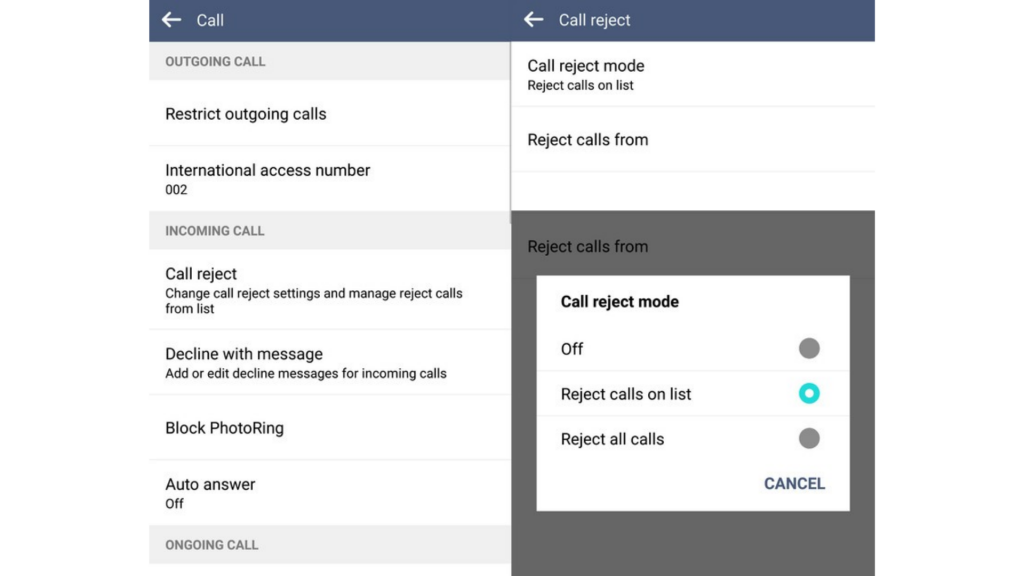 You may not be using Huawei phone yet but it is true that Huawei stands second among the leading smartphone makers worldwide. It is a leader in European and Asian markets. It is very convenient and easy to block calls on Honor and Huawei phones with few steps – 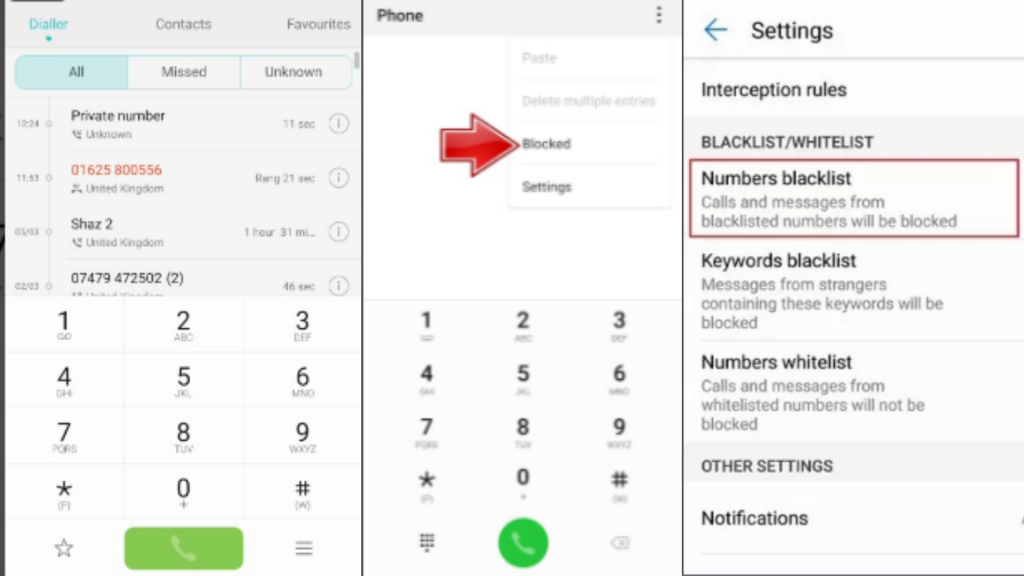 Call Blocker is one of the best call blocker apps you must try as it is free with some ads. You can remove ads and get Private Space to store your call logs and private SMS if you subscribe to the paid version. It works a lot similar to Mr. Number and other apps for call blocking. 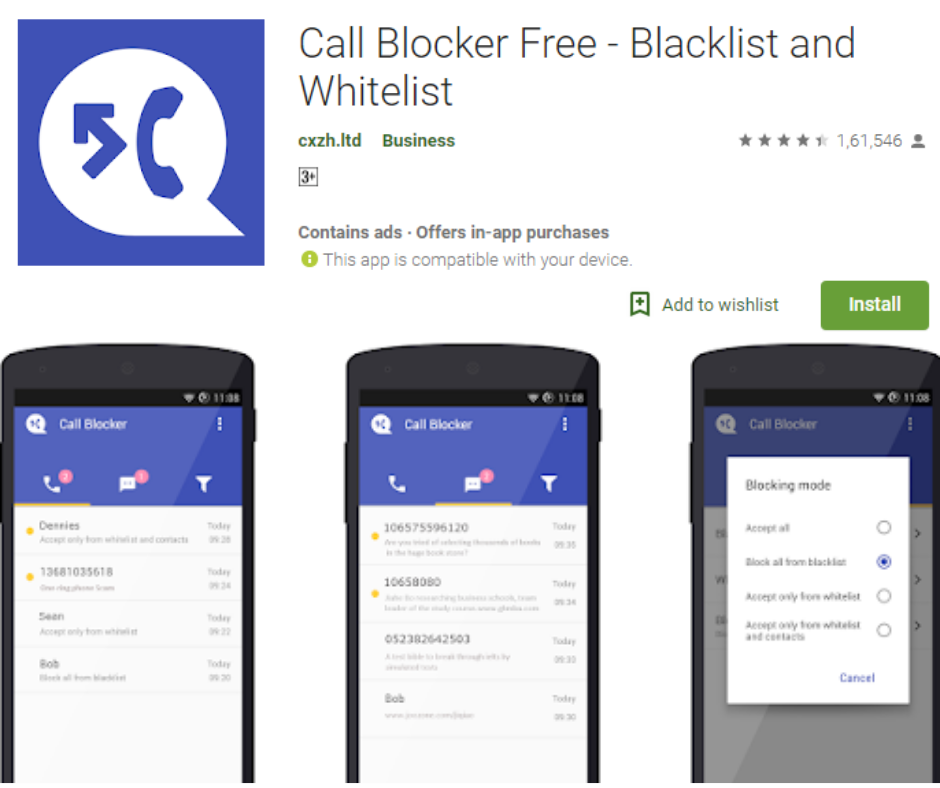 Mr. Number is an ad-free and free call blocker app for android to get rid of unwanted texts and calls. It also prevents spammers by blocking calls from businesses and people. In addition, it allows you to block individual calls from area code, numbers, and even the whole country. 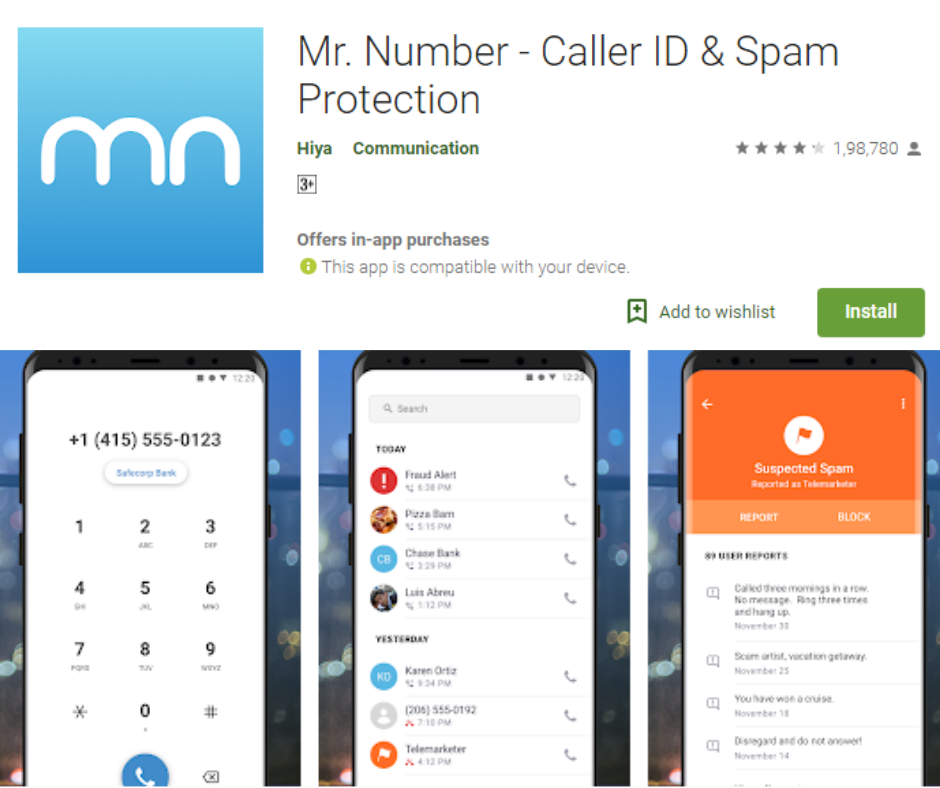 You can send unknown and private numbers directly to voice mail. Also, you can even report calls as spam so other people can easily be warned who are using this app.

Finally, here comes Calls Blacklist, a very simple and free app to block a list of contacts and avoid them from your reach. The free version supports ads. You can also remove ads by buying its premium version for around $2. Simply launch Calls Blacklist and add a number to the list to block calls. 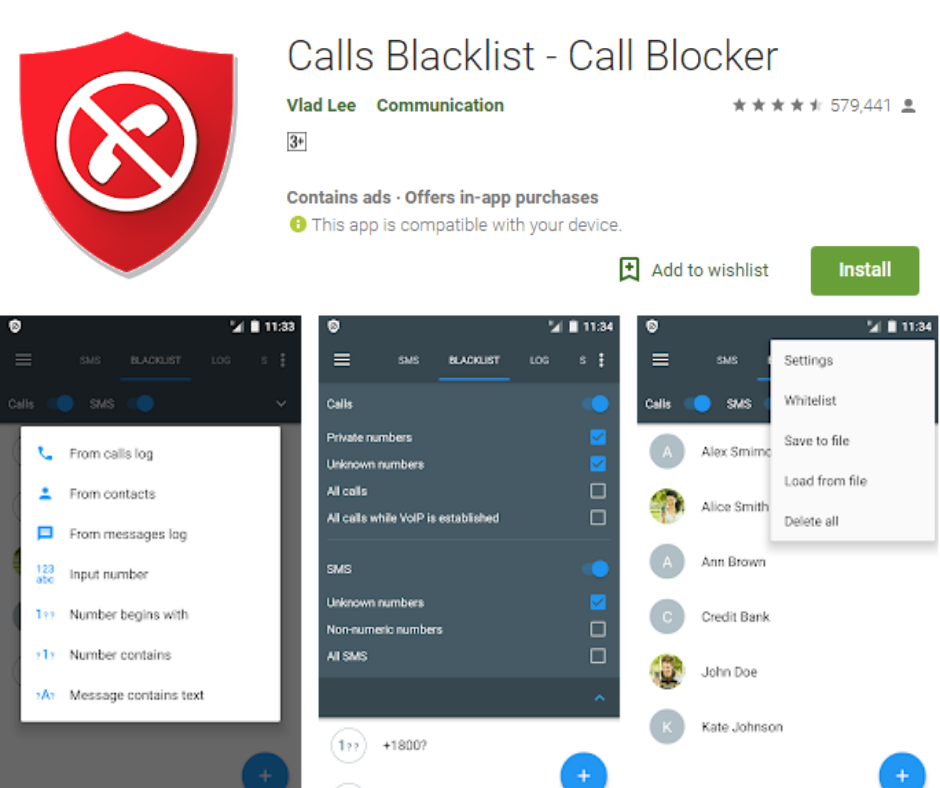 You can add the number from call logs, contacts, messages or even add them on your own. This is all you need to do. Once you list the contacts under its Blacklist, you will no longer get a call from them.

We hope you liked our guide how to block phone number and get rid of unwanted calls. If you have any doubt, feel free to leave a comment for us. We will be happy to attend to your queries.