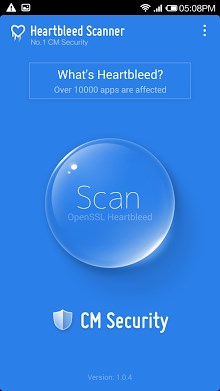 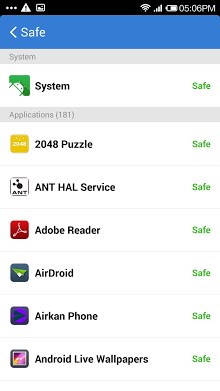 . Developed by CM Security, the world’s most trusted Android antivirus.
. Scan your system and accounts to make sure everything is okay.

Many websites use OpenSSL, an open source encryption technology that some of the world’s leading security experts have worked on to protect your data. Unfortunately, part of the implementation of this protocol had a human error, which had not been caught by the developers, introduced in December 2011. If a hacker sends a relatively large amount of data through this process, it causes an overflow error and allows them access to all of the data stored on that server.

CM Security News (4/25): The OpenSSL Heartbleed vulnerability is fixed in the following 17 apps.