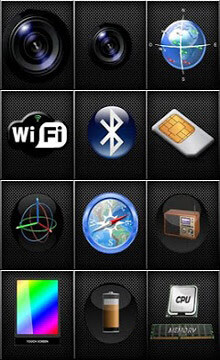 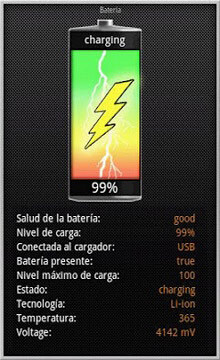 Z-DeviceTest lets you check your Android device sensors “health” in an intuitive and comprehensive way offering in-depth analysis all the characteristics of your Smartphone.
You can use the application to:
-To complement the manufacturer’s technical information.
-To compare the technical differences between more than 600 models of devices on the market.
-Test the proper functioning of all your sensors.
-Measure the accuracy of each sensor.
-To get the most out of your Smartphone.
-To check the GPS signal, camera, compass, accelerometer, microphone, speakers, WiFi signals, Bluetooth, GSM / UMTS, FM Radio, Display, Battery, CPU, Memory, Vibration, USB, Audio / Video , operating system, light sensor, proximity sensor, temperature sensor, flash sensor, NFC near field comunication, Barometer, the detection of Navstar satellites in the constellation jointly and individually, .. etc..
Please do not hesitate to send your comments to:
E-mail: [email protected]
Facebook: facebook.com/topic.php?uid=145081415519605&topic=200
Youtube: youtube.com/user/zausaninnova?feature=mhee