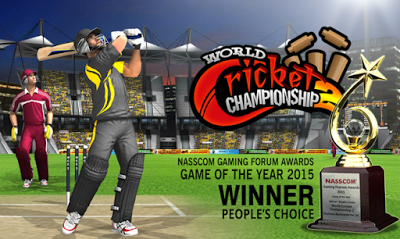 Cricket is one of the most watched and played sports in the world. Are you a cricket fan? Ever desired to have a cricket team and rule the points table? You can now make it happen at World Cricket Championship 2 or WCC2, released and developed by Nextwave Multimedia.

It has several challenges and game modes to play. You can learn the basics with the tutorials and control the movement of your players on the field. It becomes difficult on later stages. In this guide, we will discuss various tips and tricks to play WCC2 Mod APK and rule the game.

World Cricket Championship 2 latest MOD APK has all the features that the original WCC game lacks in. WCC2 Mod APK has also unlocked some of its premium features which we will also discuss. So take a look –

There are more than 8 bowling actions and 60 different shots to play in World Cricket Championship 2. You can play a lot of iconic shots, including Sachin’s Upper Cut, Dhoni’s Helicopter Shot, and Dil-Scoop by Dilshan. There are also classic and pro batting modes to play.

It is the main aspect in every Android game. WCC2 will never let you down in the graphics department. It is loaded with life-like gaming experience. It has great fielding experiences like deadly throws and diving catches, as well as realistic pitches, such as green, dusty and dead. In order to make it more life-like, players even get injured by playing the wrong shots.

WCC2 features Test series, over 4 championships like Blitz tournament, World Cup, ODI, and World T20, and other amazing events. All of them have been unlocked in this mod APK so you can play them all without paying anything.

WCC2 features a lot of camera positions to provide a great view to the players. You can also see the match from the view of a bowler or batsman’s side. To check LBW decisions, you can also check Hawk-eye to view bowling and 3D wagon wheel for dynamic data range. There are also slow-motion replays and multiple camera angles.

In the latest WCC2 Mod APK, you can play 10 domestic teams and 18 international teams. It also has over 24 grounds and stadium locations so you can get life-like experience. In the original version, most of them are locked. However, you don’t have to worry because this mod APK has unlocked all the stadiums to choose from.

You do not have to get your Android device rooted just to play this game. You have to install this mod APK properly.

The WCC2 latest APK comes with a lot of controls and customizations for the players. You can even set playing 11, save and share game highlights at the end of every match, placements of the field and even more.

Another great feature of WCC Mod APK is that you no longer have to face annoying ads that pop up every now and then. Of course, you can relate to many people who do not like ads while playing games. In WCC Mod APK, you can rest assured that you will never see any ads.

Learn the Controls of Bat

A batsman is a major player in the game. You have to excel in the controls of your shots to control all batsmen in your team. Practice the swiping movements to hit shots. You should learn when to use which shot to score high with the batsman. Here are the shot combinations you need to learn –

You also have to manage the whole team being a coach along with controlling players. Therefore, you have to take important decisions. Decide which player you want to open. A weak opening leads to the poor performance of players under pressure. You can see each player on the selection screen along with his or her roles and key skills. Keep players with the highest skills and power on opening order.

When one team is trying to score higher, the playing 11 of opposing team must be arranged well to stop the batsmen from scoring the runs. After making a good score, you have to stop opposing team to chase the score in next innings.

Use the aggressive fielding formation at the beginning because openers will want to be set during the first few overs. So, place four fielders closer to the batsmen in the inner circle to build pressure. If they feel pressed, they will try to hit risky shots and you can improve the chance of catches.

Have defensive fielding on the middle order where your opposing team would want to chase the score. It means they will hit plenty of lofted shots and there will be great chances to catch their ball on the boundaries.

We hope the above tips and tricks have helped you to learn the basics and master the skills to win more matches in WCC2 Mod APK. We wish you all the luck to score higher in the upcoming matches.