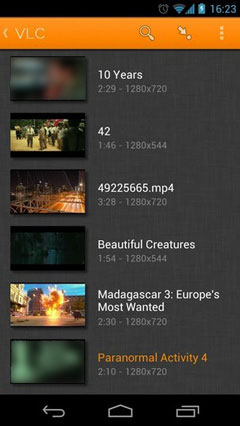 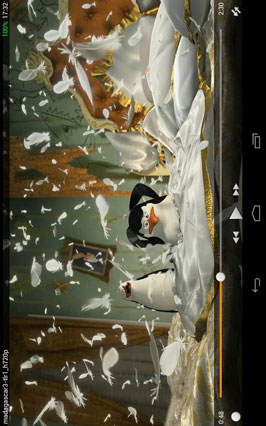 VLC media player is a free and open source cross-platform multimedia player that plays most multimedia files as well as discs, devices, and network streaming protocols.
This is a BETA version of the port of VLC media player to the Android™ platform. It is intended for power users and hackers. This version is not perfectly stable and is slower than the final version.
It is still a beta, so it might kill your kitten or destroy your house, but it should be fine now.
Use it at your own risk. Have fun! 🙂
NOTA BENE
–––––––––––
This version is for devices with an ARMv7 CPU or a x86 CPU. ARMv6 devices will be supported in a future release.
Features
––––––––––
VLC for Android™ plays most local video and audio files, as well as network streams (including adaptive streaming), like the desktop version of VLC.
VLC for Android has a media library for audio and video files, and allows to browse folders directly.
VLC has support for multi-track audio and subtitles. It supports auto-rotation, aspect-ratio adjustments and gestures to control volume and brightness.
It also includes a widget for audio control, supports audio headsets control, cover art and a complete audio media library.
Missing Features
––––––––––––––––––
As this is an early BETA version, a lot of things are not finished, but will change for the final release:
• The basic User Interface will change again;
• Performance improvements are missing;
• Hardware decoding works only with a limited set of hardware;
• Other unknown issues.
Permissions
–––––––––––––
• It needs hardware control, in order to change the audio volume;
• It needs phone calls control, in order to pause the music when someone is calling;
• It needs full Internet access to open network streams;
• It needs to be able to read logs, during the beta version, to help understanding the crashes and issues;
• It needs to get access to the SD card storage, in order to allow deletion of files.
• It needs to get access to the settings, in order to change your audio ringtone.

Requires Android
2.1 and up