Home » All Apps » The Whip Sound 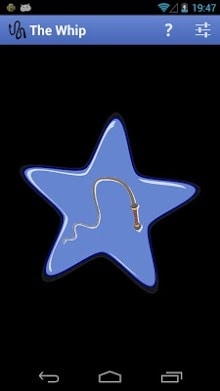 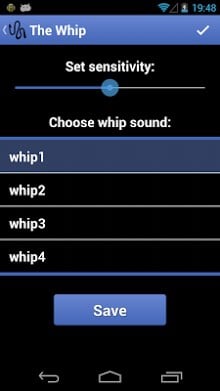 Shake the phone to get whip sounds. This is similar to the app that Sheldon used in The Big Bang Theory.
Real whip movement to produce whip sound effect. Use your android device as ultimate weapon of fun and play with your new virtual whip! We have also included the whip sounds of Indiana Jones Whip. This app has four different whip sounds. You can choose any of them. That’s why people say this is the best whip app for Android. The Whip will bring you epic laughing times !
INSTRUCTIONS OF WHIP SOUND:
Take your phone and make a move like you are using a real whip and you will hear a whip sound (whip crack).
This ultimate tool app let you :
– Whip to motivate
– Whip to dominate
– Whip to be feared trainer
– Whip to prank
– Whip to show you are the boss
– Whip to be listened