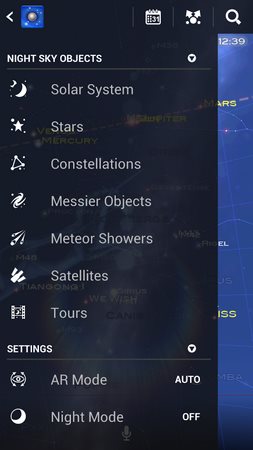 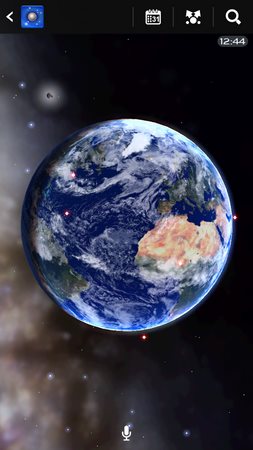 *** Star Chart is now FREE! ***
The top Educational & Augmented Reality app – download and find out why more than 6 Million people use Star Chart!
.
You can now have a virtual planetarium in your pocket! Look through the eyes of your Android device* to see a virtual window into the whole visible universe.
.
All you have to do is point your Android device* at the sky and Star Chart will tell you exactly what you are looking at.
.
Using state of the art GPS technology, an accurate 3D universe, and all of the latest high tech functionality, Star Chart calculates – in real time – the current location of every star and planet visible from Earth and shows you precisely where they are; even in broad daylight!
.
Want to know what that bright star is called? Point your device at it – you might just find out it’s a planet!
.
Want to know what the night sky looks like to people on the other side of the earth? Well just point your device down!
.
Want to know where your star sign is in the sky? Star Chart will tell you all this and more.
.
Star Charts features include:
– Just point and view. No need to scroll around the screen to find out what you are looking at*.
– Alternatively, look around the sky using finger gestures – perfect for armchair astronomers!
– Voice Control: Explore the solar system with commands like: “Fly me to the Moon” / “Go to Saturn” / “Tour Mars” / “Look at Andromeda” / “Where is the Cigar Galaxy?”[English only] – Supports dynamic device orientation viewing. Allows you to view the night sky whilst holding your Android device at any angle.
– Accurately depicts all the visible stars of the northern and southern hemispheres – a total of over 120,000 stars!
– Displays all the planets of the solar system, plus the sun and the moon.
– Displays all 88 constellations, with constellation imagery based on the beautiful artwork by 17th century astronomer Johannes Hevelius.
– Includes entire Messier catalogue of exotic deep sky objects.
– Tap on anything in the sky and get the facts on what you are looking at, including distance and brightness.
– Very powerful zoom function, lets you view the sky in extra detail, using intuitive finger gestures.
– Fully configurable. Star Chart displays only the sky objects that you are interested in.
– Allows you to view the sky underneath the horizon (unlike other more expensive applications). So now you can see where the sun is, even at night!
– Manually set your location to find out what the sky looks like from anywhere in the world.
– Full search feature
– Installable on an SD card
.
So point your Android device at the sky and see what’s out there!