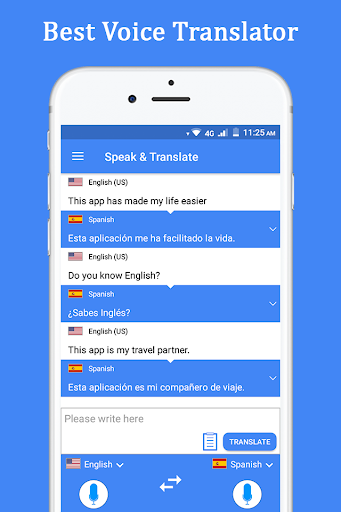 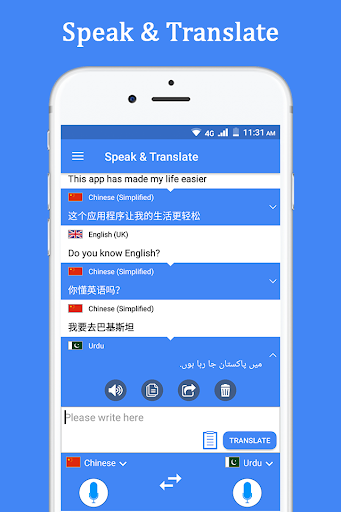 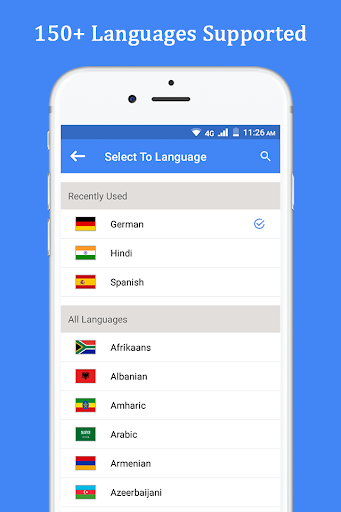 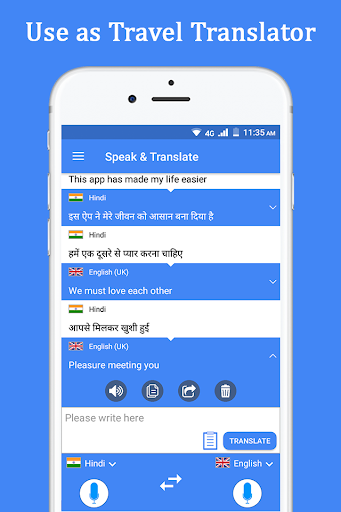 From English into all languages and from all languages into English: – As we know that English has been the international language and the language of science and technology. English is also at first lane in the various international and the regional organizations of the world. Everyone irrespective of the region or geographical difference wants to learn and communicate in English language. In Speak and Translate, all major languages have been included. These languages are as Chinese, Spanish, Hindi, Arabic, Bengali, Urdu, Russian, Korean, Punjabi and French. From all these languages and various other languages of the world, you can get your translation in English language. Using the Speak & Translator voice translation app, you can:

Simple user interface: – One more important feature of this beautiful app Speak and Translate In all languages of the world is that it has been developed especially for the lay man or common users who are not expert in technologies or computer knowledge. It is very easy to understand. User automatically will understand the usage of Speak and Translate from the simple interface.

Download Speak and Translate and explore the world with the language skills & enjoy speak and translate.