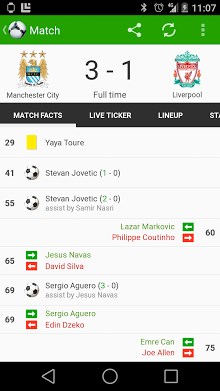 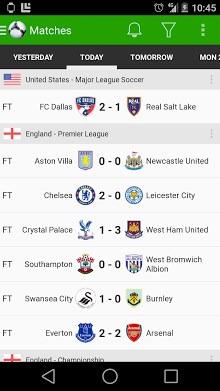 FotMob is the #1 football app, covering over 100 leagues and the only app to give you audio coverage for football for free! We cover the Premier League, Bundesliga, La Liga, Ligue 1, Champions League, Serie A, MLS, NASL and a LOT more. We also got live commentaries written by football experts for the major leagues in English, German, Italian, French and Spanish.

No affiliation with BBC, Sky Sports or ESPN.
Club news for clubs like Manchester United, Chelsea, Arsenal, Barcelona, Juventus, FC Bayern München, Borussia Dortmund, Inter, Liverpool and others.
Some permissions explained:
Read phone state and identify: needed to mute audio commentaries when an incoming phone call occurs.
Known accounts permissions is required for Google Cloud Messaging (Push alerts).
This is THE football app to download, and it is also available on iPhone/iPad, Windows Phone 8 and Windows 8!
The names and logos of teams in this application are used solely for the identification of the respective teams and leagues. Neither the EPL nor any EPL club has endorsed or is associated with this application.