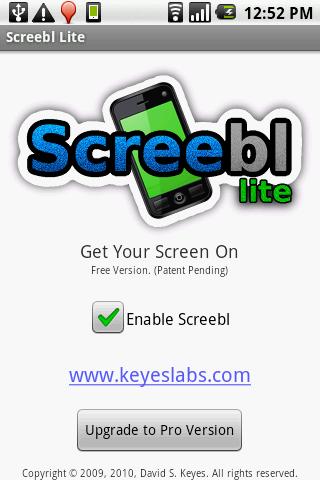 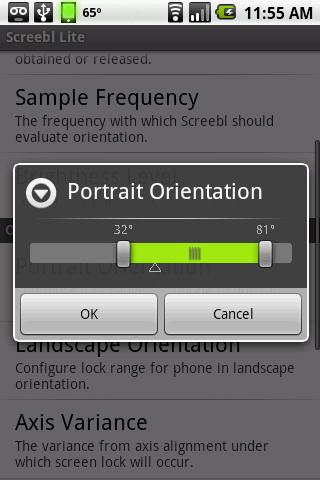 Get your Screen on! Screebl is an application that controls your screen based on orientation. Never have the screen turn off again while using your phone, and SAVE BATTERY too. It’s possible with Screebl!
Screebl works based on a simple observation: we generally hold our phones or tablets in roughly the same positions when we’re using them. Screebl uses the accelerometer in your mobile device to detect how you’re holding your phone, and when your device is within a configurable range, the screen is kept on. Move out of that range, and Screebl releases the lock and the screen is allowed to go off. It sounds simple (and it is), but it works amazingly well!
How does Screebl save power? Well, it’s simple. On most phones, the screen is the single largest consumer of battery power. With Screebl running you can reduce the average amount of time that your screen is on by only keeping it on when you’re ACTUALLY using your phone. The amount of savings can vary significantly by device and usage patterns, but it is not uncommon for users to see savings of 20% or more. See our web site for more details.