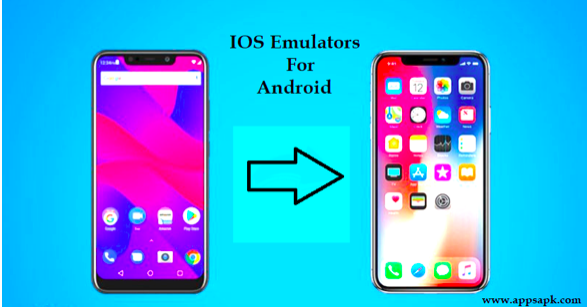 There are different reasons behind running iOS apps on your Android device.  For doing this, you may want to use iOS emulators. There are some of the games and apps that are available only for iOS. So, you may want to try them on your Android device. There are some games which launch only on iOS earlier and then come to Android later. Therefore, you may definitely want to try them now using emulator.

Not everyone can afford and able to buy a brand new iPhone or any iOS device. Therefore, it is even better to run Apple iOS apps on Android using iOS Emulators. There are some limitations, which come on your way, and it usually delivers great performance. One thing you should keep in mind is that a lot of emulators need a lot of RAM. Therefore, you should have an Android device, which has at least 1GB of RAM. Luckily, most of the Android devices these days have at least 2GB RAM. Even the low range device has 2GB RAM or so. Therefore, there is no need to worry about using them.

Keep in mind that iOS emulator are not the official software tools on Android. As a result, you cannot find them on Google Play store. You can download them from third-party app stores or links. There is also a security risk associated with downloading apps from outside sources, which are not officially available on Google Play store. You will want to sideload the APK files. Hence, you need to be careful when installing third-party apps. Be sure they are safe and secure for your device.

If you are in search for the most widely used iOS emulators for your Android Smartphone, iEMU is definitely the next big thing for a lot of people. This android emulator provides completely virtual iOS environment on your device so you can easily install iOS games and app easily. The emulator does not need plenty of storage and it does not need many resources to run apps. Running iOS games is little difficult and many games did not go well with that.

The best part of this emulator is that it is completely open source and has been developed by several leading developers. It has been expected to have a lot of bugs in the emulation. Well, it is the best app to install iOS app on any device and start using them. Here are few of the detailed steps to help you along the process –

Well, this is the iOS emulator based on browser. Hence, this app can easily work on Android and other devices. It is the only emulator tested by us that works with HTML5 and JavaScript and it worked well online without any problems.

If you are just looking to test a few apps, Appetize is the best emulator out there. It is very handy which removes all types of security risks related to downloading third party APK files. Ultimately, you can play and test any app you like. There is also no need to install anything on your device. Hence, it’s a win-win for you.

This app is actually made by students at Columbia University and it works fine when providing platform to run your favorite iOS apps. It is very similar to iEMU and it is available in APK file. You can easily access all iOS games and apps on your device. You just have to download, install and that is it. Now you are all set to install iOS apps and enjoy them.

Well, there is a small problem. CIDER does not support all Android devices. So, you need to check if it supports your device manually. Well, it is not that a serious problem. This app supports all the devices from the popular brands. You can easily use this top app to run iOS apps on Android and this iOS emulator can never be harmful. Here is how to install CIDER –

Well, it is another best emulator app for Android. It supports almost all smartphones. You can start searching for your favorite iOS games and apps within seconds. In this app, you can find almost all the popular iOS games. It is very simple and easy to use. You do not have to do jailbreak as this app can run all the games smoothly.

Even a layman can use this emulator as its interface is very easy to use. It also allows you to download those games which are not free. This feature adds another feather on its cap.

Now you can easily run Apple iOS Apps on Android using iOS Emulators listed here. We hope you liked this guide. You can now try out your favorite iOS apps on your Android device. You no longer have to borrow your friend’s iOS device to play your favorite game. These emulators can work well and provide more stable environment from iOS into Android.

Have you ever used any iOS emulator before? Do you want to try any iOS app using these emulators? Do share your opinions and suggestions with us. We would love to hear from you.