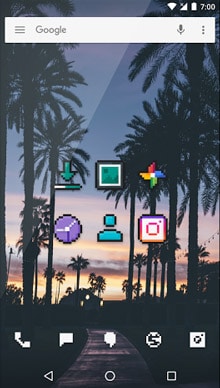 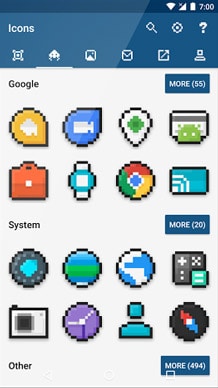 Theme Engine:
If you have used the CyanogenMod Theme Engine to apply the icon pack, you will not be able to select alternative icons as this is a feature which needs to be added to CM Themes itself. You will have to install a launcher which allows you to edit icons.

Resolution?
All icons are made in the highest definition available for Android devices (so far). So they should look clean and sharp.

Bad icons?
If you find some icons which aren’t appealing, please join the beta community and let me know instead if giving a bad rating. Links can be found in the description.