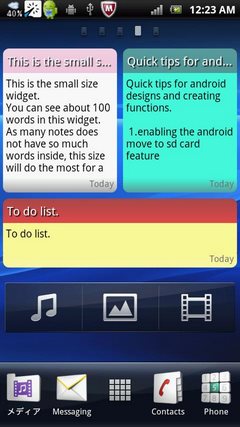 Memo Pad is a simple and easy use note book application.
The main target is Xperia X10, but it might be also suitable for other devices.
*Frequently asked questions
Ques. I want to switch to a new phone (or reset my phone). How can I backup my notes in the Memo Pad.
Ans. Please see the extra app ‘MemoPad Tools’, which you can make a full backup to and from the SDCard (or any other external storage embedded in your phone device).
notice: MemoPad Tools does not support all android devices.