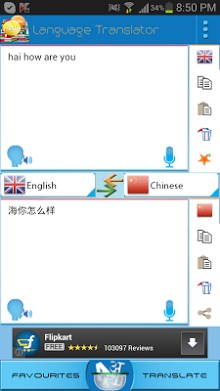 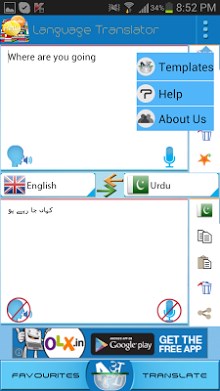 Support Us by giving a Quick +1 and with your Valuable Rating and Review.
Language translator is an android application which will help you to translate between languages. It is an easy language translator ,also you can add regular sentences as favourites.
We all love travelling and sometimes we will find some difficulties in handling unknown languages ,in such situations this application will help you to translate between the languages.