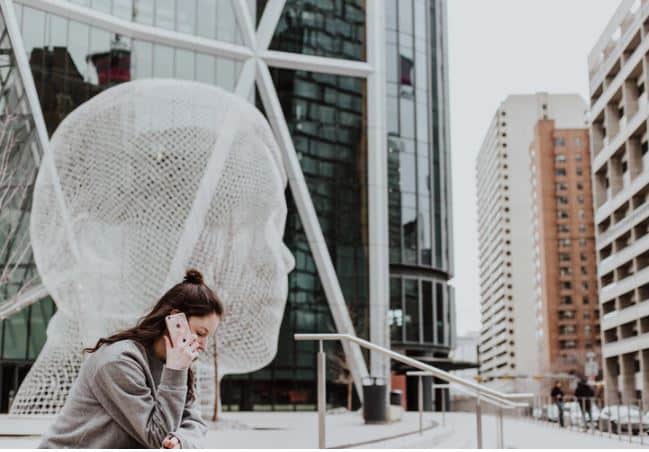 Android devices somehow serve as an irresistible companion in these times. It is quite rare to embark on trips without an Android or go about our day to day activities without having our Android phones close by. This is because many applications which allow for communications with the people we cherish and care about are arranged on the home screen of our Android phones. Not only do some of these applications allow for effortless communication and networking with our loved ones and business partners, but it also allows us to perform these operations without so many charges.

It is no news that the TextNow app which is compatible with the android app is one application that helps us fulfill the obligation of communication and networking to our heart’s content. However, many people seem not to be clear about what it costs to get and operate the TextNow app on android. Hence the question always arises;

TextNow is a voice over internet protocol application which allows for diverse functions. It is an application that flooded the market in the year 2009 and ever since then, it has not failed to provide quality service to its users. Provided that you utilize a United States phone number for registration with the TextNow application, you will be able to use this app on your android. TextNow has over the years developed and expanded into one authentic mobile virtual network operator which hinges on other cellular networks to provide strong and highly effective wireless coverage for your Android. It has some interesting features such as

TextNow app for android actually started as a wireless provider who had its inner core strongly supported by the network for cellular service CDMA. However, things have taken a different turn. It now uses Wi-Fi for your calls, data, and texts. This new WI-FI centered service makes sure that you don’t get to pay so much; it also lessens the carrier monthly rates on its plans. It is important to note that the SIM card to use with a phone bearing the TextNow app, you have to opt for a CDMA or GSM version, for compatibility.

One interesting development is what TextNow has to offer on its website id affiliation with 14 phones to provide more value. TextNow has a line up of 14 phones on its website for purchase. Half of the phones actually cost less than $1oo. Though the phones seem not to be a collection of the latest “makes” of phones, TextNow still breaks with many discount carriers thus it allows you pay for your phone in monthly installments over a flexible time range, which could be three months, six months or 12 months. You should also note that the financing charges also subtly add up to the bills, so you will actually end up paying more than you would if you bought your phone outright.

On the other hand, if you have a device and all you wish to do is to get a corresponding SIM card, you can actually order a SIM card form TextNow and fit the SIM card into your working device. You will get the SIM card shipped to you for free. As you embark on the fitting process, you will be required to provide TextNow with some important information such as the IMEI/MEID code for your phone, as well as the model of your Android device and a working plan preference-either CDMA or GSM SIM card.

TextNow has increased the amount of data you get in its plans. The Data allotments start at 2GB of LTE data which goes for about $19.99 per month for unlimited talk and text plans. If you pay up to $29.99 and you will get 5Gb of LTE data. There is also the plan that offers Unlimited LTE data, you will just need to pay $ 39.99. However, if you feel you do not need the LTE data, you can turn to TextNow’s $9.99 pan which will give you access to just calls and texts. If there is a dire need to add additional lines, a second 5GB line costs $22.99 and a $7 discount.

Recently, TextNow has worked on all its plans, even to the lowest-cost one. They now feature unlimited talk and text to the United States and Canada.

TextNow also allows you to add credit to your account by installing applications, watching advertisements and completing surveys. You get credit by simply installing an app to sign up for a service or viewing an ad which might last for like 30 seconds or more.

For international calls within the United States, it actually costs more however, the service does not allow for cellular calls when users embark on journeys outside the U.S or Canada. But you can make calls or send texts over the Wi-Fi when you are overseas.

It is obvious that value is offered to users with relatively modest high-speed data needs/ the larger data pals also makes TextNow a great option of choice. Users with little or no cell reception in their homes can benefit from TextNow by making use of cellular Wi-Fi. With the so many advantages TextNow has to offer, let answer our question;