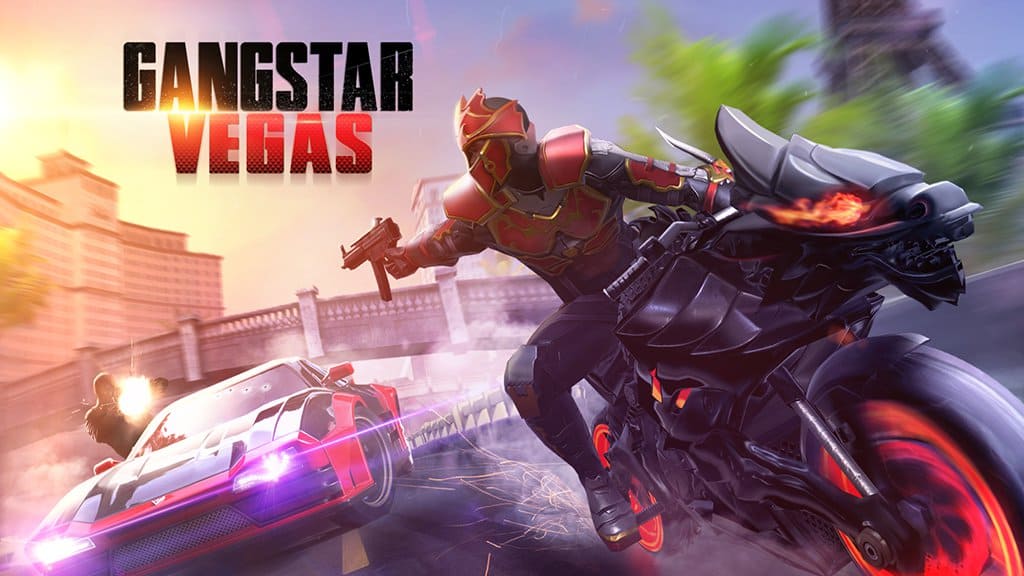 This is yet another game from the famous gaming developer – Gameloft. Gangster Vegas welcomes you to the city of Las Vegas, one of the most popular virtual destinations for games. Almost every other gaming developer has recreated their own City Of Sin. The game is quite similar to the well-known Grand Theft Auto Vice City – not only the city but the missions, driving, and the gameplay are quite similar. You start as a boxer – named Jason. Jason is paid by mobsters to complete missions. However, while you are completing missions, you will find yourself on the mobster’s hit list.

Coming to the graphics of the game – it is pretty impressive for a mobile game. Every character has been created in painstaking detail and it is something you can look forward to. With daily physics coming into play – you will be able to see the reflection of light on the water, tires screeching and making a mark on the road, sparks when there is smoke somewhere, famous cars and bikes across the world also make an appearance here to give you a great experience. Though the major details of the game are amazing, there are still a lot of minor bugs in the game. One example of this is – while driving, a car can suddenly pop in front of you causing a crash. These bugs are being ironed out by the developers and we hope they release an update soon.

As the story progresses, you will be taught how to fight and there are quite a few tutorials that will pop-up while you are completing missions. The game is fully voice activated, taking your gaming experience to the next level. There are several characters in the game who are introduced as you progress with the storyline. The controls are pretty complex when you start the game and will take time to get used to them. With regards to controlling the vehicles, you will be able to control them by tilting your phone or iPad in the direction you want to take a turn. 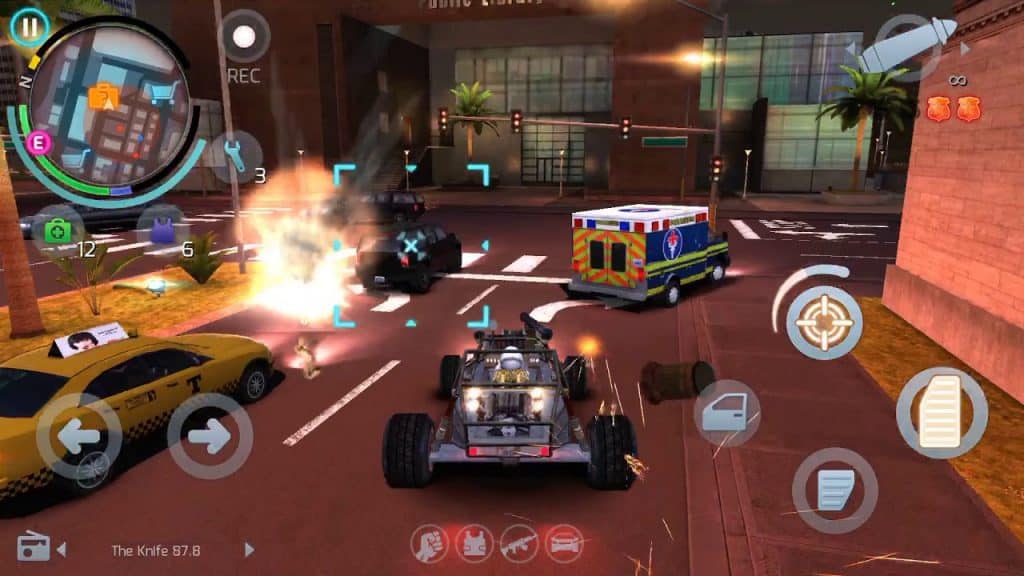 In case you are not comfortable with those controls, you can always shift to the virtual button steering option which is customizable for every vehicle in the game.  Jason himself is a very confused man to understand – he can listen to music or if he is bored, he will take his headsets off. Karen is one of the first characters that you will meet in the game. There is another character – E-man. He can help you out with missions for cash, but he is an annoying character, to be honest.

One of the best things in the game is that you will be able to start a mission from the map itself, unlike GTA Vice City where you have to physically go to the location in order to start the mission. Once you select the mission, you will directly be taken to the cut scenes that will introduce you to the mission. You will also be able to ask your friends for help which will let them gain rewards. Gunning people down is very straightforward – you just have to aim and shoot. With missions, you will be expected to do this day-in and day-out. As and when you are part of a crime, your criminal level will slowly start increasing. Higher the level of crime, the more the number of cops you will have after you. In case they catch you, you will be resurrected after you pay the hospital bills. 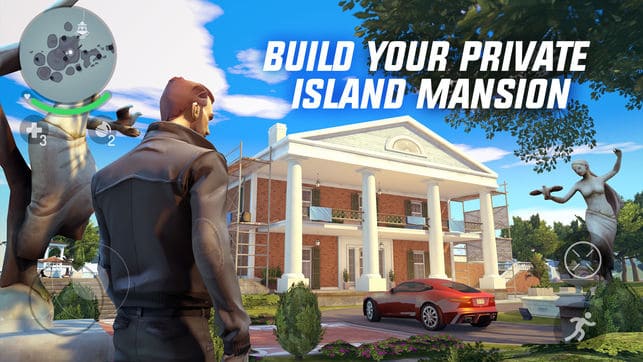 Installing Gangster Vegas on Your iPhone

Let us now see how we can install this popular adventure game on your iPhone or iPad.

Gangster Vegas is one of the few games which can be played for fun without any strategies. You will be able to roam around from one street to another. You will be able to knock down the public, steal cars, and a lot more. The one thing you must be sure of is your criminal level and your ability to beat the cops – if not, have some cash to resurrect! With the game being constantly rated over 4.5 stars in the App Store, Gangster Vegas is certainly worth a try. Go explore what the city of Las Vegas has to offer to you in this gaming world!