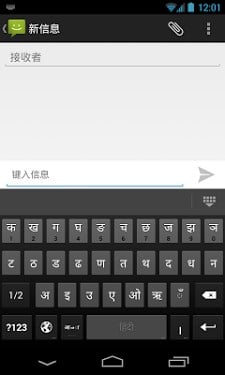 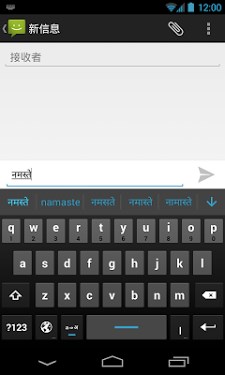 Google Hindi Input is an Indic IME which allows you to type messages, update on social networks or compose emails in Hindi on your Android phone. If you can read hindi correctly on your phone, then you may install and use Google Hindi Input, otherwise your phone may not support Devanagari script.

The Google Hindi Input app is part of the venture by Google where it has updated its language input app for multiple languages. The Google Hindi Input App has undergone various updates and the latest version is far better than its predecessors. Besides this, Google has also released updates for Google Korean Input, Google Pinyin Input, Google Japanese Input, and Google Zhuyin Input applications.

What Does The Latest Feature Bring Us?

The app now features two themes – Material Dark and Material Light. The older ones – Holo Dark and Holo light – are also present. A major update is the newly added feature for the Hinglish Dictionary, referring to a mix of Hindi and English words that most users use while texting. Emoji and voice input keys have been added to the app in addition to Hindi handwriting support. Google Hindi Input application has a new Hindi keyboard for tablets running on Android OS as well. Google has also launched a Hindi voice search to iOS-based Google Maps. Hindi is found at the lower end of the list featuring the Devanagari script.

How accurate is the transliteration by the Google Hindi Input? As it turns out, it is pretty accurate! It offers suggestions to the users as well. Google says that this app changes the compound forms dynamically while the user types.

The English characters are accurately translated into the Hindi ones. You will no longer have to figure out the different characters and type it out. The transliteration mode comes to the rescue! It was only to be expected since Google already has a pretty reliable web-based transliteration tool for English to Hindi.

Google’s Hindi Input App for Android devices supports transliteration. This lets the users type in Hindi words using English characters and automatically converts them into the Hindi Devanagari script. The app can be downloaded and installed on any device running on Android 2.2 or later. Do note that the app will only work if your phone has support for Devanagari characters.

You will notice a toggle button present to enable and disable transliteration as you want. This will translation English characters to Hindi ones automatically without having to prompt. Not only this, but you will also receive word suggestions as well. If you want your original keyboard back, all you have to do is to switch off the transliteration mode.

Toggling the “a” button on your English keyboard will turn on or off the transliteration mode. While you are in the mode, you can type in English and can see it turn into Hindi scripts while when you have switched off the mode, the keyboard can be used with its regular functionalities. Consonants are alphabetically arranged in two pages. Long pressing the character key will provide access to other characters.

How do you like the sound of that? Since this is an app by Google, we can be sure it is accurate, simple to use, and reliable. Start sending messages in Hindi today!

How can I enable it and set it as the default input method/IME on my Android phone?

– On Android 4.x and newer versions:
Open Settings -> Language & Input, under “KEYBOARD & INPUT METHODS” section, check Google Hindi Input, then click Default and select “Hindi transliteration” in the “Choose input method” dialog.
When typing in an input box, you can also change the default input method by selecting “Choose input method” in the Notification area.
– On Android 2.x:
Open Settings -> Language & keyboard, under “Keyboard settings” section, check Google Hindi input.
When typing in an input box, long press in the box and select “Input method” in the popup menu, then select “Google Hindi Input”.
NOTE:
Before Android 4.0, Google did not provide official Devanagari font support. Please make sure that your manufacturer provides additional Devanagari font in your phone.
Your device may need different steps as described above. Please check the device’s user guide/manual for details.
How can I use this application?
Hindi transliteration
– In the transliteration mode, you can type Hindi word in English characters and the app will convert them to Hindi.
– For example, type “hindi” and then you will get the word from a list.
English
– By turning off the transliteration mode on English keyboard, you can type in English.
Hindi keyboard
– Toggle the globe button to switch between English and Hindi keyboard
– Consonants are alphabetically ordered into 2 pages. Press the paging button “1/2” “2/2” to navigate between pages. Long press the character key to select various forms in the popup.