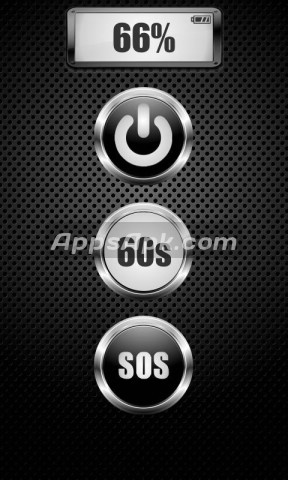 Other features:
– Simple to use, it only takes a click to turn it ON
– Professional dark design to save battery
– Professional coding to keep application size as small as possible, less than 0.5 MB, much smaller as competitive apps on the market
– Audio Effects on pressing buttons
– Integrated battery meter will tell you exactly how much battery you have left
– NO unneeded features no use uses – just the important stuff 🙂
– It’s FREE 🙂

Flashlight LED works with the widest range of devices with camera LED. In case your device does not have camera LED, you will not be able to use this app.