Home » All Apps » Devices Speed Up for Android 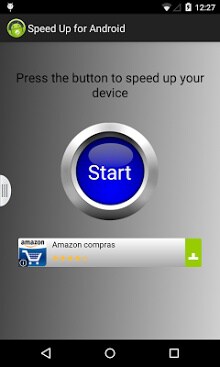 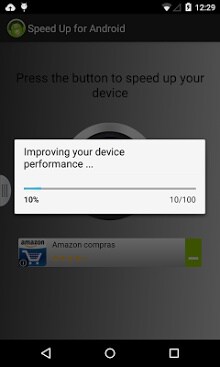 Does your phone or tablet work in a slow way? Do you notice that applications no longer run as fast as before?
Devices with Android™ S.O., like computers, over time, accumulate in the cache files in the end make the performance of your device is much slower.
With “Devices Speed Up for Android” push of a button get free cache memory, which will make your phone run much faster and better instantly.
Cache memory is a special memory buffer that have the android devices which works similarly to the main memory means, but is smaller and faster access. Is used by the microprocessor to reduce access time to data located in the main memory that are used most frequently. But the accumulation of these data at the end make the device much slower.
Speed ??up your phone and this app simply, without any kind of professional knowledge.
Android is a trademark of Google Inc.