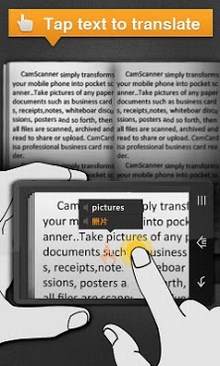 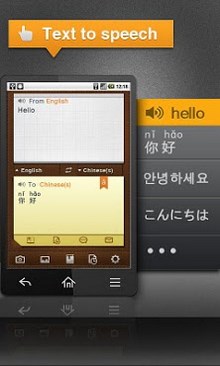 License: 60% off for the celebration of Oxford Dictionaries joining in.
Got stuck in a totally unfamiliar language environment? When you could not manually input to search for results, even the most powerful electronic dictionaries would be just useless! CamDictionary – your personal translator anytime and anywhere!
CamDictionary is a professional instant translator application.
Why choose CamDictionary?

Because it is professional :

[Collins dictionaries] —- Together with the world-famous publisher Collins, now we’re glad to bring multiple Collins dictionaries to you, allowing you to get the most authoritative word explanations. [Instantly translate] —- No need to take photos, no need to wait. Focus words in the camera viewfinder, and the translation results will be just there. [Capture and translate] —- Get the translation results for full sentences easily and conveniently. [Translate between 36 Languages] —- CamDictionary supports translation between 36 languages. [Built-in local dictionaries] —- Get results from local dictionaries when no network is available. The application has built-in Chinese-English Dictionary and English-Chinese Dictionary. [Text-to-speech] —- Listen to pronunciations of translated text by native speakers. [Vocabulary book, search history , result sharing, and more]