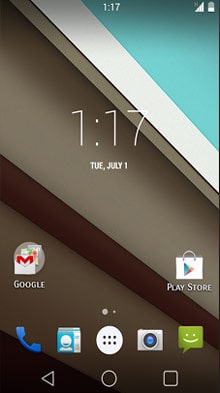 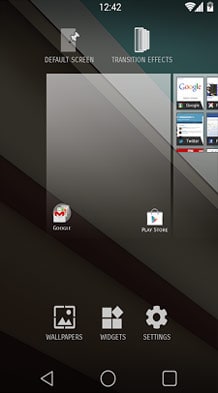 Introducing Blinq “Gesture Anywhere”.
Now you can launch your fav app/perform any task or even call or text anybody just by drawing the gesture (shape/alphabet) you have set for it from anywhere on your phone!
You can launch Facebook from Blinq Gesture Anywhere and from there you can switch to Twitter and from there you can call some dear one or you can switch to FIFA 15 right from there without hitting the home button.Just let your fingers do the magic.
You can do a lot more so try it right away!

FEATURES
. Build your own gesture with Blinq Gesture Anywhere.
. Based on Android 4.4 launcher.
. Android L UI and extreme customization.
. Drawer Folder-You can put your favourite apps under a folder in app drawer.You can put as many folders as you want.You can put upto 16 apps per folder.
. Folder backgrounds for homescreen as well as app drawer folders.
. Text color picker for icon labels,you can change text color on homescreen and app drawer.
. Has options to set icon & dock backgrounds.
. Various font styles to choose from.
. Lots of different transition effects on homescreen and app drawer.
. Custom grid size on homescreen and app drawer.
. Translucent statusbar and navigation bar on devices running above Android 4.4.
. You can change size of text as well as of icons.
. Support for all icon packs made for nova launcher,adw launcher,go launcher,apex launcher etc.
. Say “ok google” to launch Google’s search app(Google Now) from homescreen and app drawer on devices running on Android 4.4+.
. Customize various predefined gestures on homescreen to launch apps or set various useful shortcuts.
. You can set gestures for opening app,opening app drawer,toggle fullscreen,lock/unlock desktop,launch notifications/quick settings,recent apps and much more.
. Support for Unread Count for missed calls,unread messages and unread google mails.Also there are various unread count badges to choose from.
. Exclusive Blinq Wallpapers.
. You can backup and restore your Blinq Launcher setup.