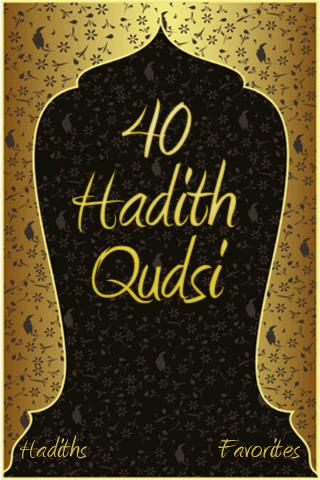 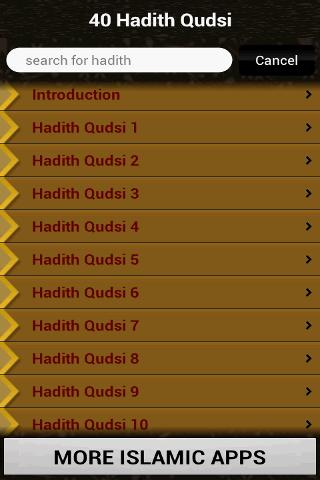 Free collection of 40 Hadith Qudsi
All Praise is due to Allah(Swt) and much peace and many blessings be upon the Messenger of Allah (Muhammad(pbuh)), his family, his companions, his followers and those who disseminate his call until the Day of Judgment.
It is a collection of 40 Hadith Qudsi. But what is Hadith Qudsi and how do they differ from other Hadith? Hadith Qudsi are the sayings of the Prophet Muhammad (Peace and Blessings of Allah be upon him) as revealed to him by the Almighty Allah. Hadith Qudsi (or Sacred Hadith) are so named because, unlike the majority of Hadith which are Prophetic Hadith, their authority (Sanad) is traced back not to the Prophet but to the Almighty. Among the many definitions given by the early scholars to Sacred Hadith is that of as-Sayyid ash-Sharif al-Jurjani (died in 816 A.H.) in his lexicon At-Tarifat where he says: “A Sacred Hadith is, as to the meaning, from Allah the Almighty; as to the wording, it is from the messenger of Allah (peace be upon him). It is that which Allah the Almighty has communicated to His Prophet through revelation or in dream, and he, peace be upon him, has communicated it in his own words. Thus Qur’an is superior to it because, besides being revealed, it is His wording.”
App Features:
* 40 Hadiths
* Easy Browsing of Hadiths
* Share Hadith via Email